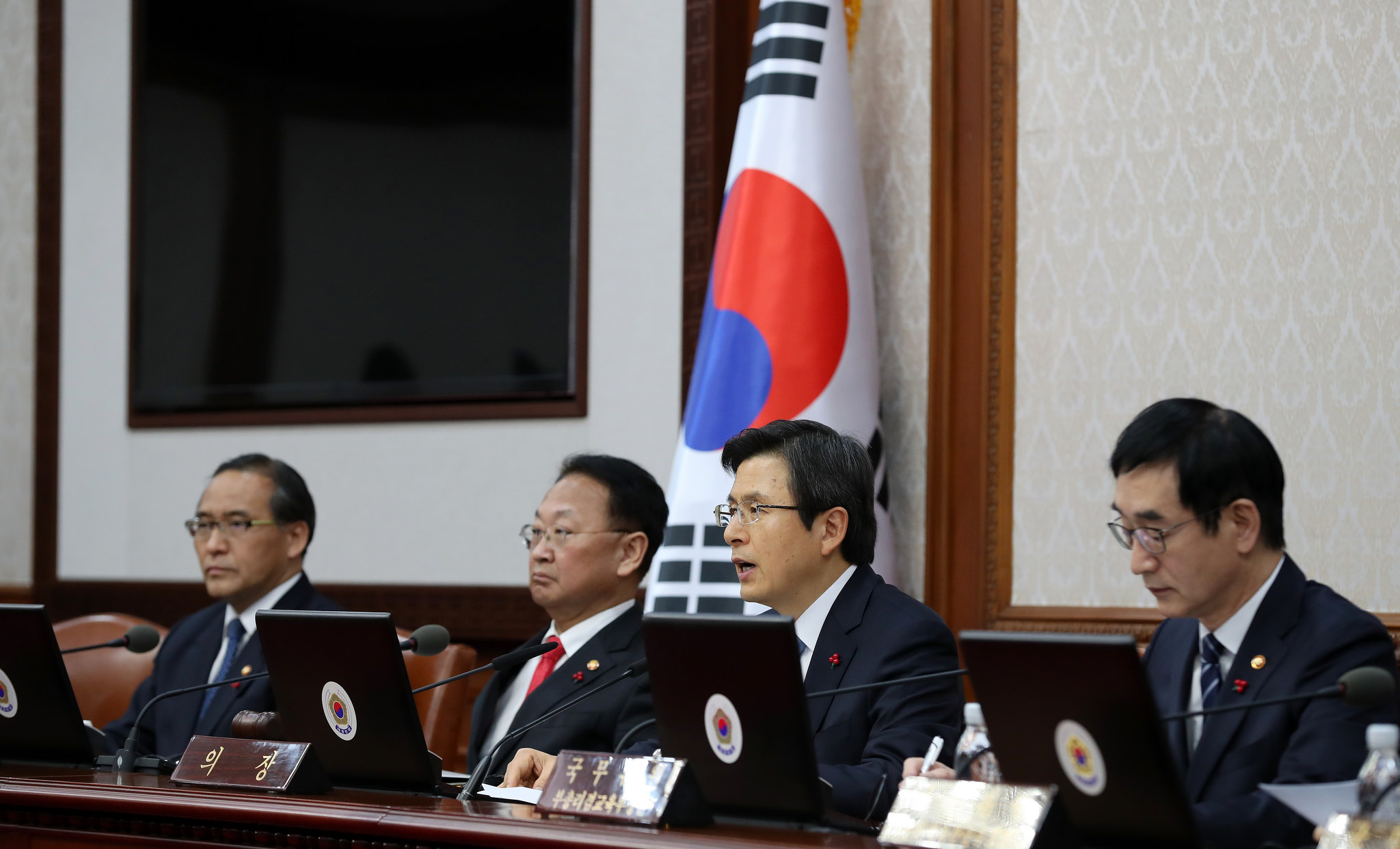 Amidst fueling tremors from North Korea of a nuclear test, the coastal country – South Korea -- is striving to make the most of probably one of the worst scenarios having befallen on Korean Peninsula since the Korean War. Jong Un’s government continues to speculate of a sixth nuclear test preceding its failed test launch of an ICBM on the founding anniversary of its military.

In this scenario, South Korea has found a comforting partner in United States. In an official report, the Defence Ministry of Seoul reported the North could conduct pernicious ‘strategic provocations’ at any time. South Korea’s acting Prime Minister, Hwang KyoAhn, has alerted its military, installing a large concentration of military hardware amassed on both sides of the border amid concerns about a new nuclear test by Pyongyang.

Owing to United States – North Korea constant provocative engagement, the Korean peninsula has turned ‘extremely perilous’. Having established a strong strategic partnership, US-South Korea, since the Cold War, has been through phenomenal transformations. In the past, among several issues that has beset this partnership with troubles, is the way Pyonyang’s erratic behavior needs to be handled. In 2007, the two countries signed a major bilateral free trade accord and agreed to a ‘rearrangement of the military command structure’. This was preceded by North Korea’s proclamation in 2005 that it was in possession of nuclear weapons. During this time, China was considerably perturbed with North Korea’s nuclear weapons, and both Seoul and Beijing made efforts to not escalate the situation such as to invite a flood of refugees to their respective countries.

China, as North Korea’s largest aid provider - food and fuel – had a profound role to play in leading US and South Korea’s efforts to succeed on De-nuclearization of North Korea. Following the fifth nuclear test by North Korea, China and South Korea went steps ahead to cut off significantly on their diplomatic and trade ties with the former nation.

However, Trump’s attack on Syria and consequent provocation has accelerated tensions emanating from the land-locked country of North Korea. In the occasion of the failed nuclear test, all the major stakeholders are on high alert. Recently, the US deployed the Terminal High Altitude Area Defense (THAAD) to curb any further inflation. The threat was amplified by the comments of Rex Tillerson, the US Secretary of State, who said the US is looking for ways to ‘bring pressure’ on the North Korean regime to abandon its nuclear ambitions.

Earlier this month, Donald Trump has called for the installation of ‘armada’ into the northwest Pacific, which later was reported to have been diverted towards Australia. However, this was an attempt by the United States to strengthen their case as a show of military might. China, as a primary negotiator has emerged initially by siding with U.S and now opting for a smooth negotiation for peace establishment. Russia, alongside, has lined its military equipment along its border with North Korea amid rising threats of a military clash between the United States and North Korea.

The United Nations Security Council, in a unanimous statement, has condoned the earlier tests conducted by North Korea and has demanded it to ‘conduct no further nuclear tests’. While North Korea has recently also threatened Australia of a nuclear attack, the forthcoming weeks gets shrouded with ‘uncertainty’ and of threat of a nuclear war. It is high time for the giant players including United States as well as South Korea, as the country with the highest probability of being affected should a nuclear war unfold, to engage in diplomatic negotiations and make every possible attempt to oust the chances of a nuclear war. More than anything, the loss of human lives and the resources and energy wastage will put down years of developmental efforts by countries including North Korea in the scenario of a nuclear clash.